We are valuable, we have dignity and we will lead change.

Hear from the powerful voice of Peres Munanka, a pioneer girl student and activist from Tanzania. 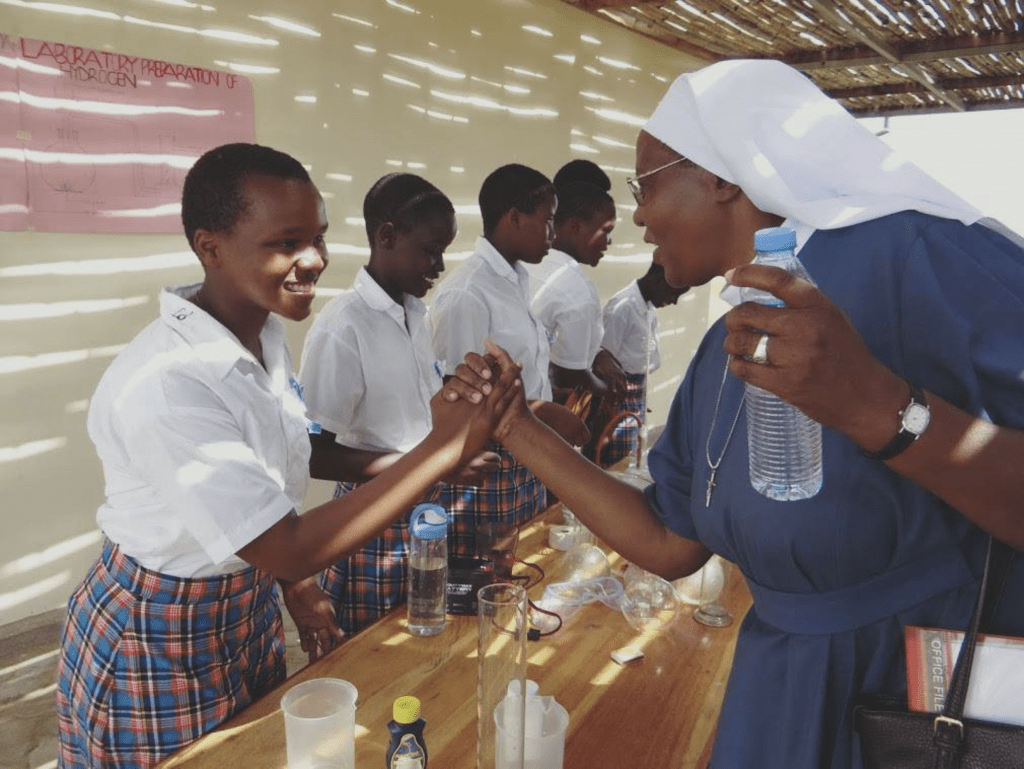 Peres Munanka is a recent graduate of the Kitenga Girls Secondary School in the Mara Region of Tanzania. The school is a women’s empowerment initiative launched by the Immaculate Heart Sisters of Africa. As Peres waits for her next course of study to begin, she is volunteering with Girls Education Collaborative (GEC), a US-based NGO that helped the Sisters build, open and now grow the school.

Peres is a fierce human rights advocate and speaks often about the destructive cultural traditions that rob girls and women of their dignity and rights. GEC recently had the opportunity to speak with Peres and learn more about why these traditions still exist today and the future she is fighting for.

Q. What are the most common and biggest challenges for adolescent girls in your country of Tanzania?

Peres — Female genital mutilation, early and forced marriages, early and unwanted pregnancies as well as gender discrimination in education are the common and biggest challenges for adolescent girls in my country, Tanzania.

All these are resulted from hard life and poverty mostly common in rural and underdeveloped areas. However, they can also be experienced in cities at places which are not near the town.

Peres — Girls who live in the cities and girls who live in rural areas share similar challenges at some point. This is due to the fact that some people who live in the cities are still accustomed to bad cultural practices, mainly girls’ circumcision (also known as FGM). People who live in cities often return to their villages for these ceremonies because it is too risky to do them in the city. For example, in the Kurya Tribe (which is my tribe) female genital mutilation is conducted each even number year in December and thus most people attend as well as take part in them by bringing their daughters for circumcision — regardless of the truth that they are educated and have good lives in the cities.

For many girls, they live in extreme poverty and through these traditions she gets many presents and money. I think it is the main reason girls agree to circumcision, and marriage too.

Q. What is child marriage? Is it ever a financial transaction?

Peres — In Tanzania any marriage between people below 18 years old is considered child marriage. But in many cases is always between a girl who is below 18 years old with an older polygamous man in his forties and in some circumstances fifty years and above.

Most of times child marriage is for financial transactions. Because the societies that practice this always gain money, cattle as well as prestige. It benefits the one who circumcises the girls [ngariba], the man who marries the girl, the family of the girl and the girl herself. It benefits the girl because she gets many presents and money from the people who attend and that’s why some of the girls get circumcised with their own will.

Q. Why do you believe that girls are subjected to traditions like child marriage and FGM? Why do you think it continues?

Peres — Holding on to traditions and poverty are the main cause of child marriage and female genital mutilation. Due to poverty many families see this as the only way to meet their needs. However, some wealthy educated parents circumcise their daughters because they still abide to these traditions. Child marriage and female genital mutilation still continue as they are considered one way of earning money. It is like a job from which one can get income especially to the women who circumcise the girls [ngariba].

I think it continues because families believe it is is also for the dignity and value of the girl so as to get away from being called bad names and avoid assumptions on them as prostitutes.

“This is due to the fact that it really feels awful to be an outcast from the same community you live in and grew up in, as they regard a person who has not been circumcised a less fortunate member and even worse, an assumption of the possibility that she is a prostitute.” 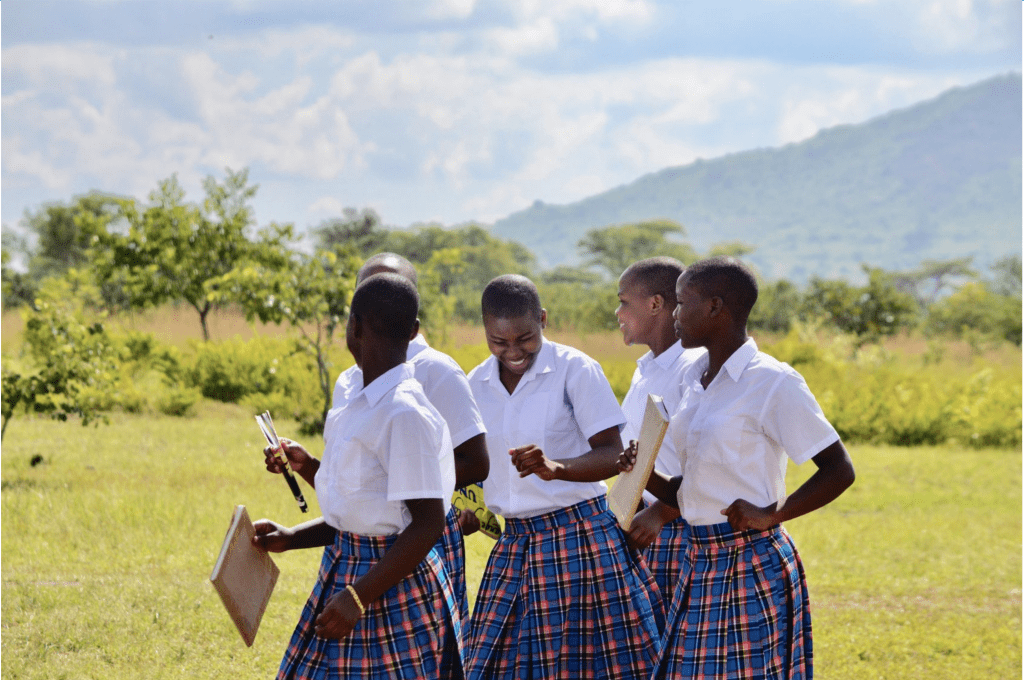 Q. Do you feel gender-based attitudes and the way things are done are changing in your country? Are these issues openly discussed?

Peres — Yes, gender based attitudes are changing in my country Tanzania and these issues are openly discussed. Many people are now working together in order to end these practices. Although they still exist but not at a very high rate like before.

“Things are changing and this can be seen because presently there are high posts that are acquired by women in many sectors. For example, the minister of education, minister of health and the vice president are all women.”

Q. Who are the people in your country leading the change?

Peres — Many women in my country Tanzania are leading the change with assistance from the government and citizens at large. But also some non-governmental organizations play a big role in leading these changes.

A good example is the Legal and Human Right Centre that also take part in ending bad traditions and gender based attitudes. Also, faith based groups like Immaculate Heart Sisters of Africa (IHSA) show much courage and cooperation in leading the changes. Through their encouragement and commitment other people are motivated to take part.

Q. You attended a high-quality and all girls residential school. What advantages do you think that experience brought you as you now have to navigate an environment that can be challenging for females

As now I have to navigate an environment that can be challenging for females I am grateful that I got a chance to attend the school from where I knew about Girls Education Collaborative which gave me and still gives me an opportunity to stand and speak up for girls, to share and exchange ideas but also making me gain more knowledge on various issues that are going on.

Q. What do you personally think is the best solution, or solutions, for gaining gender equity and opportunity in Tanzania?

Peres — It is obvious that gaining gender equity is still a problem in Tanzania because women are still considered inferior. But it cannot be denied that efforts are done to solve this problem. There are now schools that give opportunities to girls so that they can proceed with their studies. In politics and other sectors there are chances for women to take part.

Therefore, I personally think that the best solution to these problems is women and youth empowerment. This can be done through making them discover their potentials, abilities and talents in accordance with creating a sense of understanding themselves by knowing they are valuable, they have dignity and they will lead change if only they put into action what they are capable of doing. 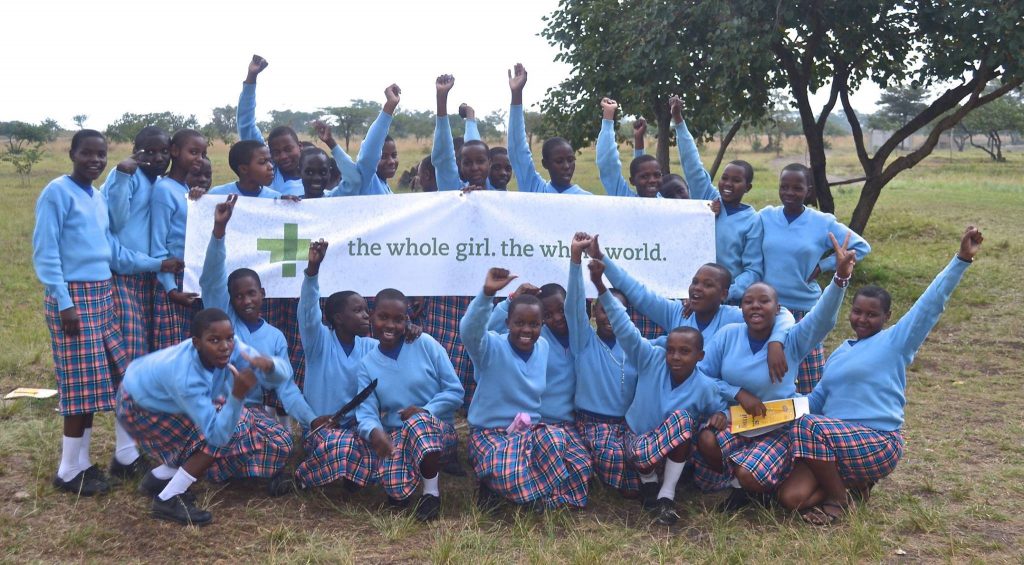